The story about a German woman who gave birth to a liter of puppies is entirely false.

This story (The latest variant going on facebook is printed below) is a modification of the same story which claimed a South African woman Samantha Kedder gave birth to a litter of puppies with Provo Medical center named as the hospital and a Dr Emmett Brown as the doctor.

The story has been traced back by Snopes.com to 2016 which emanated from a Satrical website named Empire News who had boldly written that their stories are not real. 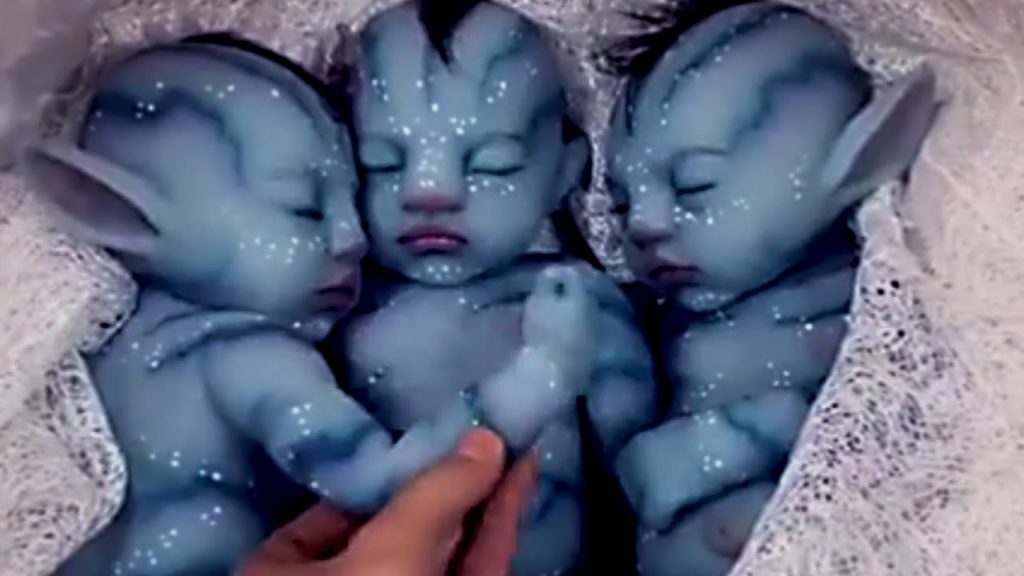 The latest variant come with a video (picture above) of Avatar dolls purportedly the said puppies but Trueorfalseonline can confirm that those dolls are products of Babyclon a company that makes realsitic life looking babies dolls with these avatar dolls as part of their Na’vi range of humanoid dolls.

According to news from the Mirror, Babyclon is a spanish company that makes these dolls using medical grade silicone and come in a range of poses too;  Trueorfalseonline can also confirm that the video is their marketing video on their instagram handle.

“A 24-year-old female tourist from Germany has reportedly given birth to a litter of German Shepherd puppies in Stellenbosch, Western Cape Province in South Africa, after being hospitalized with severe stomach pains.
Doctors at a Western Cape private hospital were surprised to see Kedder go into labor, as she didn’t know she was pregnant.
“It was even more of a shock when three tiny puppies came out instead of a baby,” said Dr. Brown of the Medical Center where Kedder gave birth to her ‘puppies’.
“To be honest, we didn’t know this was possible. It’s both a marvel of modern medicine and extremely disturbing at the same time.”
Kedder admits that while she was recently living at home, she would often have sex with the family dog, Jonsey, because she couldn’t find a date.
It all started when my parents moved to a new place while we were still based in Germany. I lost my job, and my boyfriend dumped me too,” said Kedder. “I didn’t have time to meet any new guys while I was applying for jobs, so I would sometimes have sex with Jonsey our dog, just to relieve myself of too much stress. I don’t think it was wrong. He’s a big dog, and he wasn’t hurt by it. In fact, he really seemed to like it. I know I did. And besides, back in our country having sex with an animal is not a crime, and I don’t giving birth to an animal would either be a crime here provided the act wasn’t committed in this country,” she said.
According to Dr. Brown, Kedder’s birth is the first on record for an inter-species relationship.”

Trueorfalseonline can categorically confirm that aside the impossibility of a dog impregnating a human, species usually are unable to cross fertilise the eggs of other species and even if it does happen, the offspring is either still born, die awhile after birth and are sterile. So relax, no hybrid baby from a man/dog happened anywhere and you can always check back for confirmation of any story; alert us if you have any confirmed! Help stamp out fake news!