Perhaps you have come across the news that the Nigerian Interior Minister said that the Nigeria Prison Service spends N14,000 naira daily to feed each prisoner. You might have also come across analysis from other people who highlight the absurdity of such an amount per day on each prisoner, they compared it to the minimum wage of N18,000 per month for free citizens. 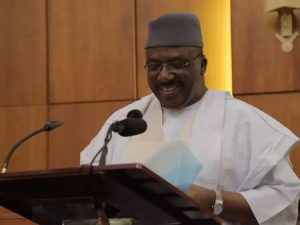 Minister of Interior credit The Citizen

Sorry to burst your bubble, TOF can confidently tell you, that piece of news that has been flying around since 2016 is totally wrong. 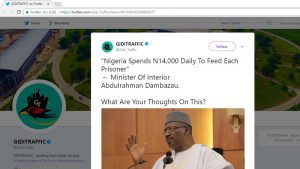 The estimated number of Prisoners in prisons across the country were 56,000 in June 2015 with cost of feeding per prisoner budgetted at N3.50k per day per prisoner. As at 2016 when the Minister of Interior spoke in Kaduna, he mentioned an estimate of 70,000 prisoners that will be fed with the N10bn for a year and as at 2017 the budget was N17bn for 63,000 inmates for a year ditto 2018 budget.

Bad maths or mischief by the first source of the news.